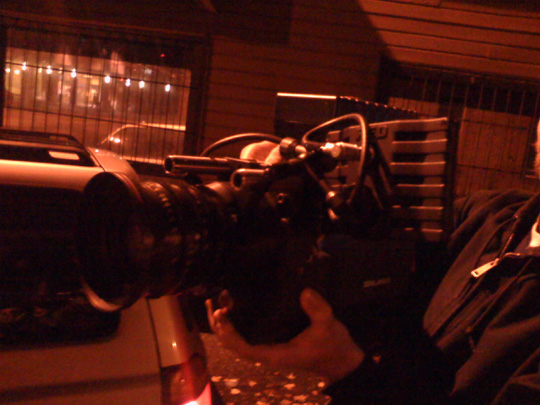 I’m a lucky guy. As a technology journalist, Seattle is a great place to be. I get easy access to T-Mobile and Microsoft, among others. And due to the creative community in the area, there are always fun things to run into, like this Red One camera I caught up with last night on Capitol Hill.

A friend of mine was meeting up with this very generous and notable film maker who’d just received his, and I asked if I could tag along and get some shots. And that’s what we did.

They’re not the best shots, my digicam was in the trunk of my car, but I did have my Ocean, which took these. I can now tell you that the camera is not vaporware. And it’s not a “camcorder” as some are calling it: this thing weighs more than you’d think. It’s heavy, but that’s because it does so much.

I’m not going to go into all the stuff it can and can’t do, we’ve been over all that before. But just look at the photos and drool, friends. This ultra-high-def machine kicks much assery. 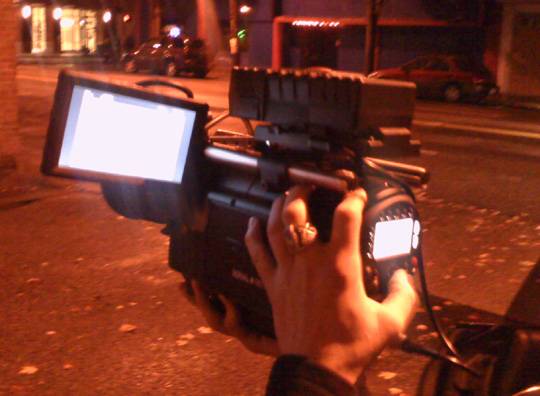 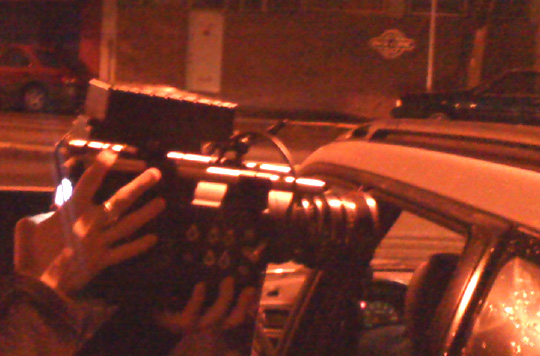 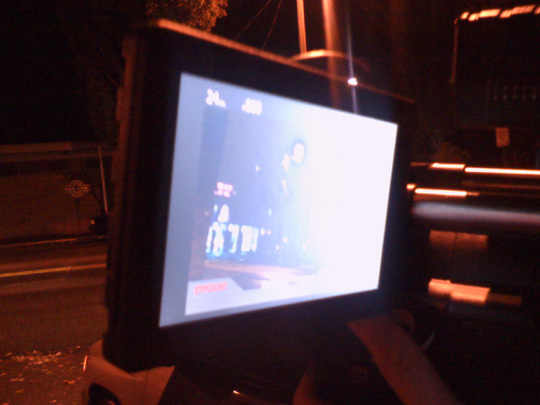