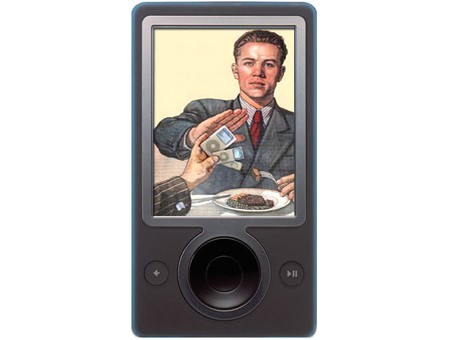 With the announcement of the new fleet of Zune’s the price of the aged version begins to fall. A lot. The player is still great and will receive all the fancy new functionality in the form of a software update that includes syncing via Wi-Fi. Woot just released a special hush-hush deal in which they are selling a limited number of factory refurbished units for only $100, that means you get the whole shebang including box and accessories. We don’t know what devilish tactics Woot had to use to get their hands on these, but it is probably better that we don’t even ask.