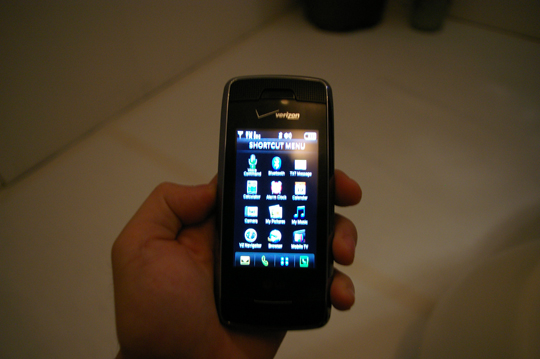 The Voyager is so awesome, your hand will tremble in fear

Oh you heard right my friends. You better watch the hell out come this Autumn, ’cause Verizon has a phone coming out that is going to show that iPhone who’s boss. According to Verizon’s Wireless CMO, the Voyager is not only the “best” phone, but it’s also going to “kill the iPhone”. Strong words!

I mean, at first I was skeptical, but look at all the features the Verizon Voyager will have:

Goddamn, are you serious? Between the HTML browser and ability to play MP3s, I don’t even know where to start. I am seriously beyond impressed. In fact, with the ability to have up to 8GB of storage via shitty microSD cards, I don’t think the iPhone has a chance. After all, what says “competition” more than some ugly-ass brick on a CDMA network? Oh yeah, CDMA phones. Real GSM killers. That’s like saying the rooster on the Corn Flakes box could kick the shit out of Cap’n Crunch.