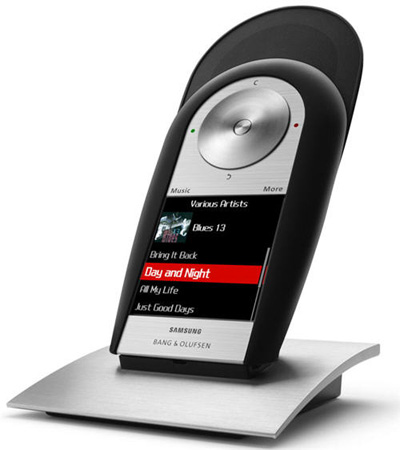 This Samsung F310 Serenata is real. I asked one of my friends at Samsung and he’s like, “I’m pretty sure.” That’s air-tight confirmation right there. He doesn’t know it it’ll come out in Americaland, though, so for now we’ll just have to make due with these renders. No spy shots, no unboxing, just a few renders. The stats aren’t bad by any means: 4GB of built-in memory, HSDPA, 2.4-inch screen, crazy Bang & Olufsen speaker, etc.

Hopefully one of those wacky Euro sites will post actual photos of the thing.

UPDATE: OK, T3 has a video of the phone doin’ its phone thing. Word.