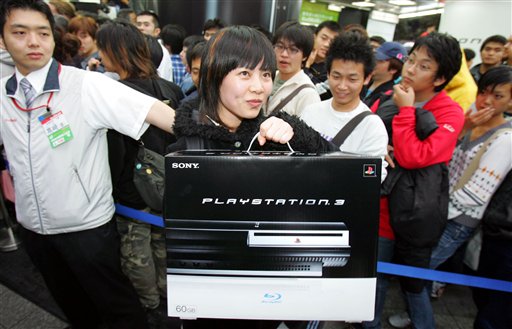 Could a $399, 40GB PS3 be on the way in time for the holidays? Well, sure it could, but now people are connecting the dots, citing internal sources and playing out scenes from the movie “All The President’s Men” in the process. Sony recently filed a patent that describes a new model of the PS3. Everything that makes the PS3 worth owning—Blu-ray, wireless controllers, etc.—are included in the new model’s description, but couple that with deep background sources and now we have a story.

It seems good ol’ Ars has friends in high places, friends who tell the Web site that Sony plans to launch the $400 PS3 on November 16. Sony has been watching sales of the lower ned PS3 all this time, and while it could have announced the $400 PS3 at the Tokyo Games Show, it didn’t want to rock the boat, so to speak.

A $400 PS3? Yeah, that appeals to me, in that that’s getting close to the price I’d pay for a stand-alone Blu-ray player (one with the ability to play PS3 games, lackluster though they may be thus far).