London, England based Playyoo will today announce the launch of its Playyoo Game Contest and give a sneak preview of its community-based platform for mobile casual games at the Adobe MAX event in Chicago.

The Playyoo Game Contest is open to independent mobile game developers using Adobe Flash Lite; prizes include cash and promotional goods. Winners will be selected by Playyoo members based on download popularity and user ratings as at February 28, 2008.

Officially launching in December, Playyoo will offer a sort of YouTube for a mobile gaming that offers free games for mobile phones, user-generated content, social interaction and personal expression. Features will include:

Playyoo promises an interesting offering that in part seems to be a logical, interactive step forward from the tried and million times cloned YouTube model. Playyoo will compete directly against Greystripe, another company offering free mobile games, but with licensed product as opposed to UGC (see our previous coverage here). I suspect there will be room in the market for both models, the interesting part to watch will be seeing which model becomes the more popular over time. 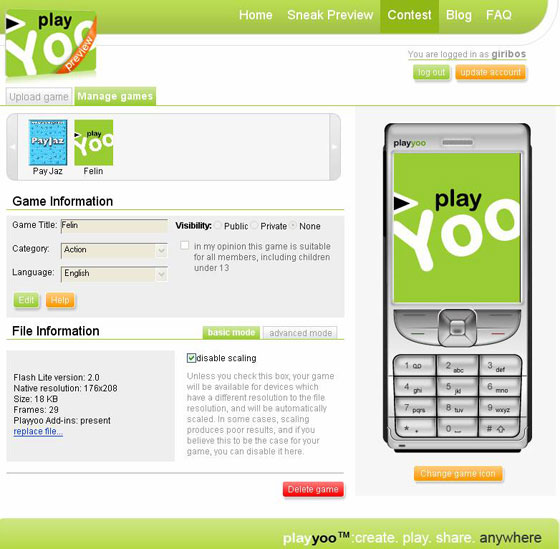