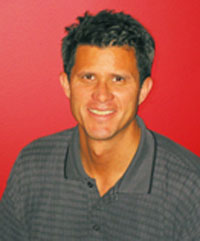 Technorati today announced its search for a new CEO was over, with Richard Jalichandra being appointed to the role, some 6 weeks since Technorati’s founding CEO David Sifry stepped down and 5 months since it was publicly confirmed that Technorati was seeking a new CEO.

Prior to joining Technorati, Jalichandra held roles at Exponential Interactive, Fox Interactive Media and IGN Entertainment. Most recently Jalichandra was Entrepreneur-In-Residence at Battery Ventures, an advisory board member at MyYearbook.com and Pixsy, and as an M&A and strategy consultant for several other startups.

The once great Technorati has floundered in recent years as attempts to broaden its product offering resulted in its core blog search product suffering for lack of development and support, all at the same time that Google Blog Search came to the fore. More recently, Technorati started downsizing staff as the approx. $20 million raised over three rounds started to dry up.

As I’ve noted previously, I’ve always had a soft spot for Technorati. When I started blogging in 2002, the only way of tracking the blogosphere was Technorati and perhaps to a lesser extent Daypop, which was never as good. Jalichandra’s challenge will be to focus Technorati on achievable goals, whilst purging the company of the excesses of the past. Technorati’s failed Digg clone WTF (the most unfortunate acronym I’ve ever seen) should be the first to go. Core competencies in blog search, in particular with focus on filtering results from spam blogs must be a priority. Given the new competition from Techmeme on the popular blog list side, a more frequently updating service from Technorati should be on the to-do list, with perhaps more contextual lists; say popular blogs by vertical and filtered results based on link age, for example link popularity over 1, 3, 6, and 12 months, then maybe an all-time popular list would be nice.

If you’ve got any advice for Jalichandra on how Technorati can rise from the endangered list, let him know in the comments.