iWon, the site owned by IAC that attracts people with the promises of instant prizes, is revamping it’s look, going from a very 1.0 portal to a Flashy, casual-games site, complete with spinning wheels, slots, and lots of bright colors. The games are also now going to become widgetizable so they can live on people’s Facebook or MySpace pages. (And you thought you could avoid the shrill marketing come-ons just by avoiding the site).

iWon’s business model is to lure people in with cash prizes, get them to play online games like Sudoku, Slots, or Solitaire, and show them ads. Games can also be created specifically for ad sponsors. 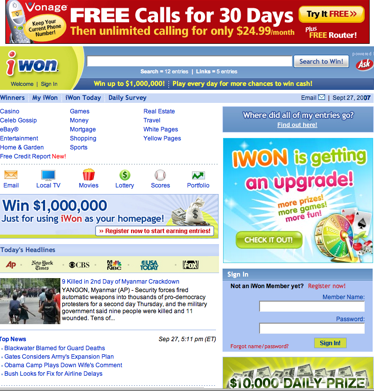 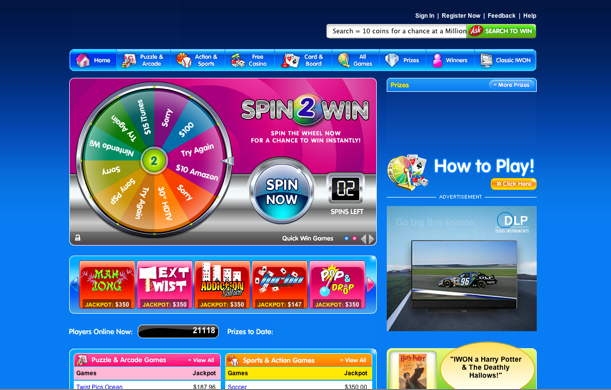 I can’t decide which one’s lamer. Still, iWon needed to do something. According to comScore, its monthly unique visitors dropped from 5.2 million last year to 2.2 million in August. Although average time spent on the site shot up from 33 minutes a month to 53 minutes, that’s what you’d expect as the casual visitors tired of the offerings and the only ones left were the hardcore iWannaBeWinners. In beta testing, the new site has already proved to keep people playing five times longer than before. But is it the same people over and over again, or will the makeover be able to attract enough new visitors to turn things around?