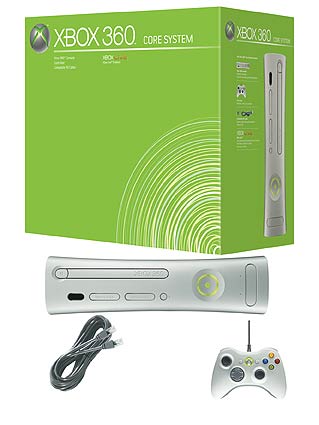 Rumor has it that GameStop—a small chain of mom and pop video game stores—will no longer stock Core Xbox 360s once the current supply dries out. Further still, managers have been told by Mr. and Mrs. GameStop to remove any and all signage relating to the Core. There was a rumor floating around during the summertime suggesting that MDOLLARSIGN was planning to scrap the Core altogether, so maybe this is some sort of confirmation. I mean, no, it’s not a confirmation at all, but it does perpetuate the rumor’s “meh, it-might-be-true”-ness.

There’s still supposed to be an entry level Xbox 360, but this time it’ll include a wireless controller and a 256MB memory card. And here I thought everyone who already wanted a 360, especially now that Halo 3 is available, already had one.