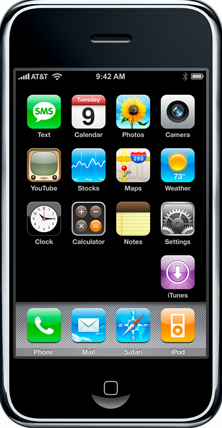 As we all know by now, the latest software update to the iPhone may in some cases turn it into a useless brick—if you happen to have put hacked software on it or unlocked it (ahem, John) in order to make it work on a non-AT&T carrier (such as T-Mobile, in the U.S.). Apple, of course, is free to try to lock in customers to its partner AT&T and to control what software will work on the phone. That’s just the way the cell phone business works. Right? It’s all about customer lock-in and reducing churn.

But Steve Jobs might be better served here to take his own advice and think different. Because, as he has so elegantly demonstrated with the iPhone, these devices are finally becoming little computers. So it shouldn’t be a surprise that consumers will expect them to act like computers. They will want to modify them to their exact, quirky predilections. They will want to use them any way they want, as a general-purpose device.

That is why PCs took over the world. They could be tuned a million different ways to the needs of a million different customers. You don’t ask Apple permission to download software off the Web for your Mac. And you would never agree to buy a laptop that only worked with only one broadband provider. Why should the iPhone be any different?

The uproar today may be limited to hackers and the digerati. But soon everyone will want the same thing. And if they don’t get it from Apple. They may look somewhere else. Google Phone anyone?