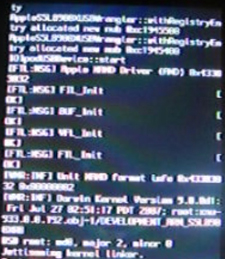 Apple’s rabid lawyers really need to take a chill pill. What’s the fuss over a guy wanting to download the code on a busted iPod Touch? He just wants to run 3rd party apps. “Martyn” was planning on downloading and publishing the code onto a secure area of his site so that he and other hackers could take it for a whirl, but before he was able to do so Apple came down on his ISP who in turn told him to cut it out. Sharing the code is illegal so I understand the ordeal, but if not “Martyn” then someone else will. As TUAW pointed out it’s fascinating to see how fast the lawyers put an end to all the shenanigans. I want whoever is in charge of monitoring blogs to hire me to do that.