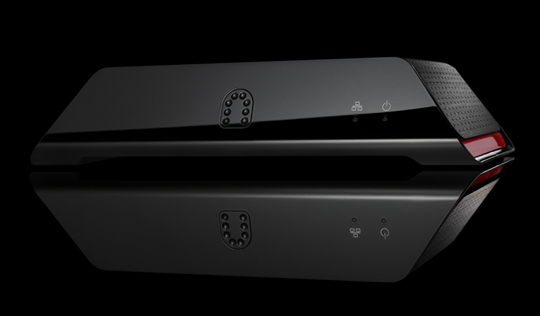 Sling Media will formally announce tomorrow morning its new Slingbox place-shifting media device — an announcement that will come fresh on the heels of the proposed EchoStar buyout of Sling Media. Dubbed the SOLO, the new unit will fit between the starter AV unit and the high-end Pro model. The ambition of this new device is to deliver higher quality features for a more reasonable price.

I’ve had the opportunity to check out a pre-production unit for the past few days and I’m ready to report my first impressions.

The style of the SOLO is largely the same of its predecessors, which is to say that it looks great — even in this pre-production state. It maintains a sort of loose industrial appearance that looks as if it could be rack mounted along with some futuristic home theater system. Very sexy stuff, made all the sexier when combined with other slick looking gear.

As you can see from the image below, the SOLO features component in and out for ultra-high quality video. I’m a little disappointed by the lack of fiber optic sound, but not disappointed enough to hold it against anyone.

Like previous Sling devices, the SOLO is capable of shifting channels through the use of a universal IR adapter that you position in front of your cable receiver. This method works fine, but I envision a day where all devices utilize RF remotes. At that time it’d be really excellent to see a Slingbox with a built-in RF remote that could communicate with all of your devices straight from the box. Again though, that’s nothing I hold against Sling.

Due to some ridiculous problems with TimeWarner Cable, I was unable to test the device as much as I had hoped. When the problems were finally resolved (last night, after about two weeks of disaster), I was able to get the SOLO running quickly. The never SlingPlayer is snappier than ever and the quality of the transferred content has been superb.

In terms of being a mid-level device, the SOLO performs resoundingly well. It offers a definite advantage over the AV, while withholding just enough cool stuff from the PRO to possibly tantalize you into buying the more expensive model. 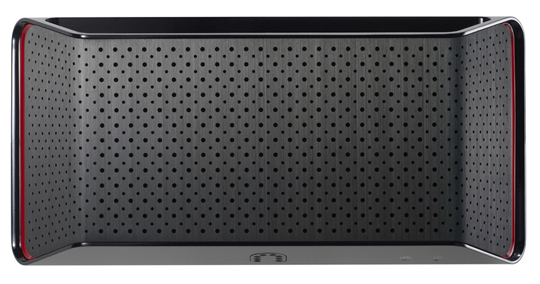