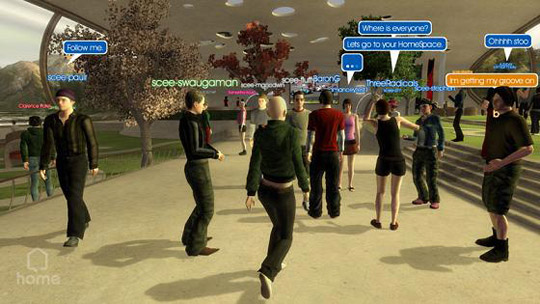 You may recall that back in March we told you about Sony’s “Home” initiative for the PS3. Home is Sony’s version of Second Life, or the Mii channel, or more. It was announced with much fanfare and was set to launch later this year. Sadly, those of you who were excited about the prospect will have to wait till next Spring to cyber on your PS3. All twelve of you.

According to Kazuo Hirai, the new head of Sony Computer Entertainment, who is in charge of the PS3, Sony wanted to make sure that it was perfect before launching. Fair enough, we wish more companies would take that tact, so we can’t begrudge him there. We just wish they’d hold off on announcing stuff until they have a better idea of when it will be done.

Attention whores, all of them.