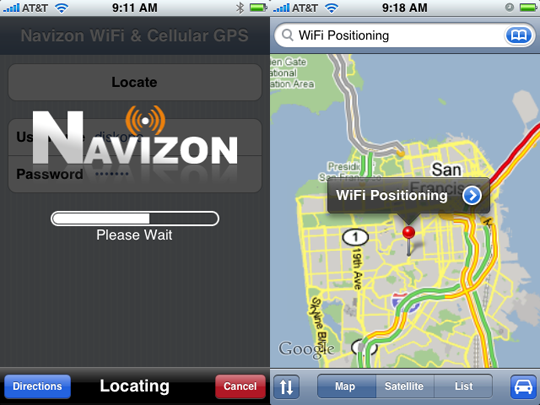 Navizon is a free app that claims to give you GPS and it seems to do the trick on the iPhone, according to Giz. It’s not really GPS, but it does triangulate your phone’s position by measuring the delay between nearby cell phone towers and their locations. Apparently, the coordinates are off by a few hundred yards, but I suppose it’s better than nothing. The app is free, so it wouldn’t hurt to try it out.