We’re live blogging each session, adding to the summary of each company direct from the floor of TechCrunch 40. Click Refresh to view.

Pitched a girls…well it appears to be, you can win dresses and stuff. 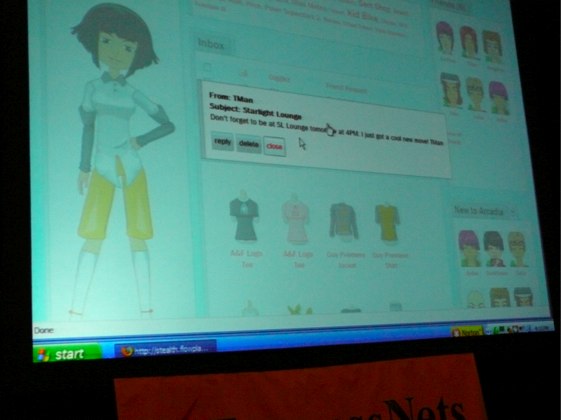 Unfortunately the time was used to show a demo video, not the best use of their time on stage. Will appeal to kids.

Virtual worlds are like AOL in 94, walled gardens etc, not a good thing according to them.

Users can set up their own world from scratch, each world communicates with each other.

“virtual worlds for everyone”

WooMe brings speed dating online and extends it to let users meet new people live in speed sessions that are “fast, fun and free.” WooMe doesn’t require long forms or lengthy profile descriptions, users simply find a session that interests them and meet five people in five minutes. Users can also create their own session based on their interests and can invite people they want to get a know or friends.

Good presentation, talk to people quickly via webcam, both parties must agree to hookup

Zivity offers a social networking platform focused on “sexy models and beautiful photography.” With a $10 subscription, members receive five votes that they can cast for models and photography they find appealing, with 80c out of every $1 vote cast being distributed to the model and photographer. There is no limit on the amount of money that a photographer or model can make; as long as a photo remains popular, models and photographers will share in ongoing royalties whilst retaining full ownership of the pictures.

Lots of warnings prior to this demo about it including porn…so far all we have is clothed model…false advertising perhaps?

Demo has PG rating…seriously, complete with the PG on the screen.

Ahhh…breasts. PG obviously different in the US to Australia 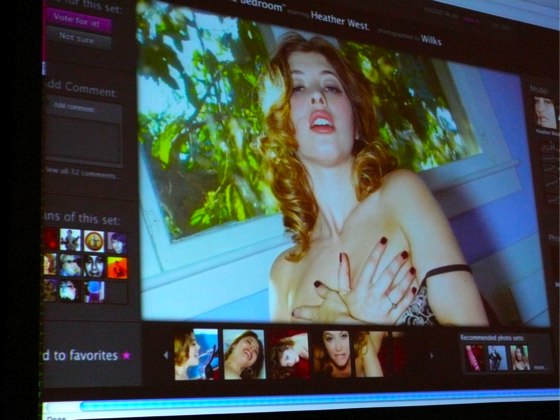 Kaltura is a collaborative Media startup that allows groups of users to do with video, audio, and animation what wiki platforms enable them to do with text. Think of it as YouTube meets Wikipedia. See our full post here. 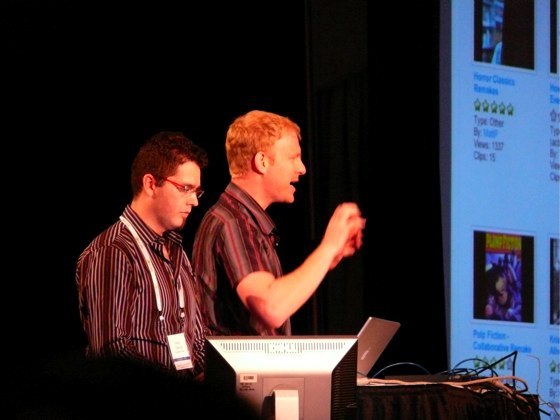 Hammer likes Kaltura because he likes video, the creativity aspect is taking off.

Discussion about Zivity, Michael turns prudish and says there was too much nudity in the presentation. Sarah Lacey said the nudity was great and it was her favorite. Hammer thinks 16 year old girls will end up on the service, with a word demonstration..lots of laughter. Zivity says they are bound by laws about id, over 18 Hammer says haven’t they heard of fake id’s, gets a round of applause. Loic suggests there should be a merged service between Zivity and Woome.

Discussion about Zivity’s revenue distribution model, evlolves into a discussion as to whether it would be a challenge to Flickr. A: no, different market, but thinks the site will go really well, best model but Yahoo doesn’t endorse the content :-) 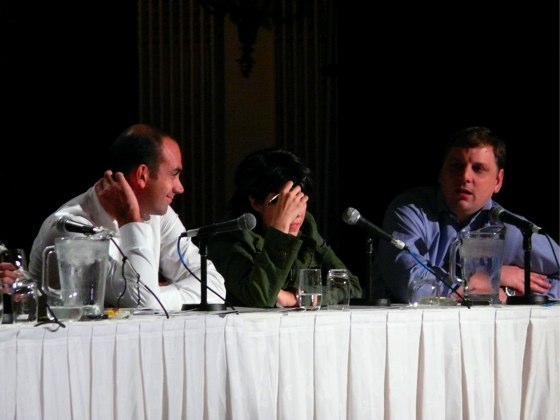 Q to Metaplace: is this like Second Life? A: SL comparison isn’t valid, SL is not a generic platform

Q: Woome asked what will stop people holding up a card with their number on it via webcam, bypassing the revenue model A: If 10% game it, no problems, if 50% game it they’ll address it.

Q for Flowplay, are they developing more games, and opening up for 3rd party developers? A: they are licensing 3rd party games.