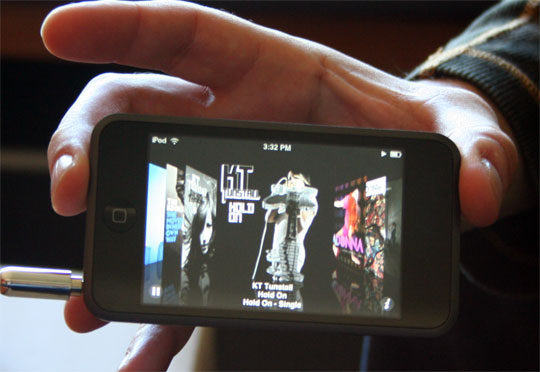 Let’s cry wolf. Any number of iPod Touches seem to exhibit a flaw that makes viewing videos all but impossible. If you believe the Washington Post—my favorite newspaper, actually—then you may be alarmed by its warning that video looks “reversed out in dark areas, creating a very distracting negative effect.” Hmm, that’s odd. I certainly don’t want my video to be “reversed out.”

At the same time, the Post posits that this could nothing more than a manufacturing glitch affecting only a small number of users. Still, this isn’t exactly music to Apple’s ears, one would think.

Since I’m nothing more than a poor (in more ways than one) student who couldn’t possibly afford a Touch, I’ll go ahead and ask: have any of you Touch owners seen this problem—nasty, unwatchable video? Again, it could just be a glitch affecting only a small number of Touches, but boy I’d be pretty angry. I already have to deal with a crooked nano screen.