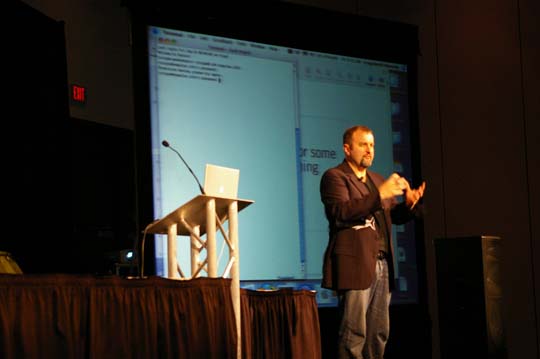 Presentations of any sort are typically boring and I find myself waking up to someone nudging me and wiping off the drool. It happened in college quite a bit and still happens today. Unless you’re talking about something earth shattering then chances are I’m taking a snooze.

Google’s Craig Neville-Manning certainly changed my outlook with his unique and quick-witted presentation. One thing he didn’t bring up was Google’s Presently — he even used Keynote to show the presentation.

Believe me, I tried getting something out of him, but he wouldn’t budge. The only thing he could tell me was that it was being used internally and that it should be on its way out shortly. Surprisingly enough, big daddy TC, has a write up on the state of Presently and it looks like it will officially be unveiled in the coming weeks. I can finally be rid of M$ once and for all. There were a couple other gems he spoke about and maybe, just maybe something about the Gphone. O Rly? Ya Rly.

Ok, not really. Craig, of course, only had this to say about the Gphone, “No comment”. The majority of the presentation focused on things we already know about Google. No need to go into it, but for parents who are interested in getting their kids excited about computer programming then check out CSUnplugged. It’s a great way to teach kids the fundamentals without the use of a computer. Kudos to you Mr. Google Engineering Director.

When asked what the next big thing for Google was going to be, Craig answered with ‘Star Trek computer’. Huh? The Goo wants you to be able interface with your computer by just talking to it, apparently. We’ll have to see how this one develops. Someone decided to ask how Google works and his reply was, “it’s magic”. I’m inclined to believe him. 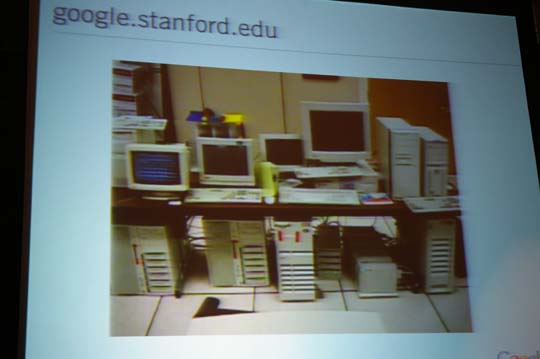 This is what Google HQ looked like way back when. 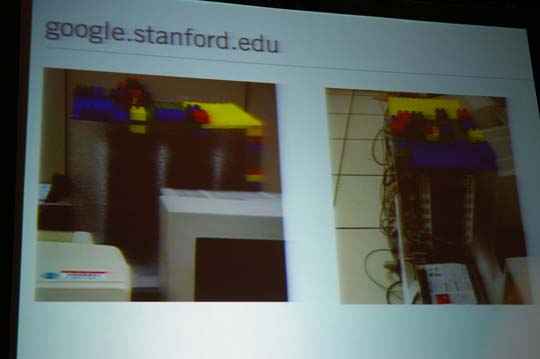 Page and Brin didn’t have a lot of money, so they bought knock off LEGO parts to make enclosures for their hard drive, which I’m told broke at least once a week. 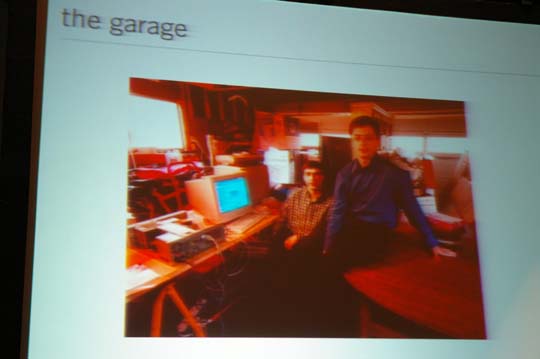 Why does everyone in Silicon Valley take a picture on their desk? Seriously?