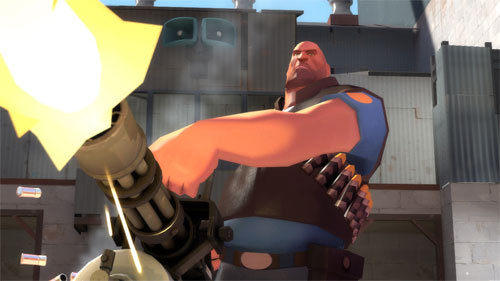 In the late 1990s, there was a game called Half-Life that I bought. Aside from being the best FPS of all time, the game also included the popular mod Team Fortress Classic. TFC was just the kind of mindless violence you needed. Demolition men blowing shit up, Medics poisoning the other team, and those god damned snipers that used to chill out on 2fort. Conc jumping anyone?

Now you can get your paws on the long-awaited sequel by pre-ordering Valve’s The Orange Box, which contains Half-Life 2, both Episode One and Episode Two and a beta of Team Fortress 2. For $50, it’s a pretty good bargain. Too bad TF2 looks nothing like the original TFC, but I’m still curious.