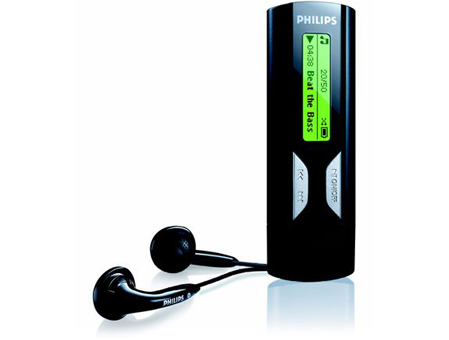 I remember my days back in college when MP3 players were a rare sight on campus and people actually spoke to one another during breaks. Then the iPod became all the rage and everyone stopped talking to each other and just bobbed their heads while walking on campus. I was too poor have one of my own, so I looked like a chump and the ladies did not come flocking.

Kids in school have it easier these days with the price of MP3 players falling faster than Britney’s failed comeback attempt (did anyone else see her performance last night at the VMAs?). Mike already did a great job of showcasing a handful of inexpensive MP3 players that get the job done, but I found a super cheap 1GB player from Philips on Woot and if you’re strapped for cash then this is worth a look. It’s only $25!