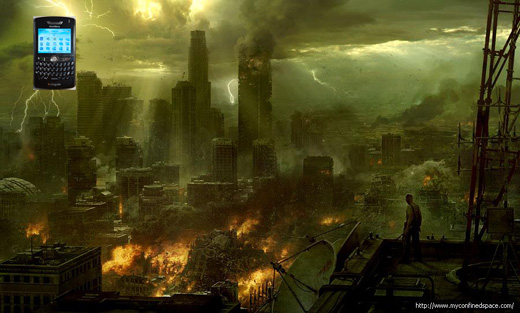 Owners of RIM’s BlackBerry devices still making up for lost “Sent from my BlackBerry” time since the Great BlackBerry Outage of April, 2007 suffered another setback Friday as an unknown glitch prevented some users from receiving messages.

The problem was allegedly fixed in about six hours but undelivered e-mails trickled out slowly throughout the course of the day, long after they’d initially been sent. Enterprise-level accounts weren’t affected — the problem seems to have had something to do with RIM’s BlackBerry Internet Service customers. Phone service and text messaging were not affected.