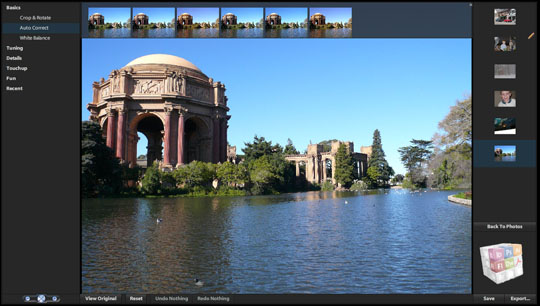 Photoshop World attendees were treated with a short demo of Adobe’s Photoshop Express the other day and the limited feedback going around seems to be very positive. As you’d expect from the name it wouldn’t be replacing any of the Adobe imaging products you’ve grown to love over the years, rather, it’s meant to appeal to the masses. John Nack had this to say about the demo.

Adobe Sr. VP John Loicono showed that it was possible to adjust an image just by rolling over the different versions shown at the top, previewing the results & then clicking the desired degree of modification.