Hewlett Packard has announced a deal to ship a P2P IPTV system with their notbooks (notably the Presario and Pavillion models) beginning in late September. It will also be available as a system update for exiting HP Vista computers. The system is called Next.tv and powered by Dave Networks, a white label IPTV provider. For the launch, Next.tv will feature content from CBS, Freemantle, and Endemol. Their sneak preview also includes MGM, eye.tv, Lazy.tv, and Reality.tv as well. Other partnerships, filling a total of 50 channels, will be announced throughout September.

Next.TV has plans for a desktop version for non HP users as well.

Rex Wong, the former CEO of Applied Semantics (later Google Adsense), is the CEO of Dave Networks. Wong previously expressed a desire to do for video what AdSense did for text. Last April, Rex Wong said, “We will be using the same technology used by Homeland Security to monitor [telephone] chatter. Audio keywording will allow us to contextually figure out where to sell ads and to place more than just pre- and post-roll ads.” He planed to launch the contextual video advertising service on their YouTube competitor, Dave.TV.

While Next.tv’s distribution deal through HP gives them a good head start, they’re going up an increasingly crowded marketplace. Joost, Babelgum, Veoh, British Telecom, Zattoo, and Vuze are amongst the competition. Scoring the best content deals will likely determine who makes IPTV work. 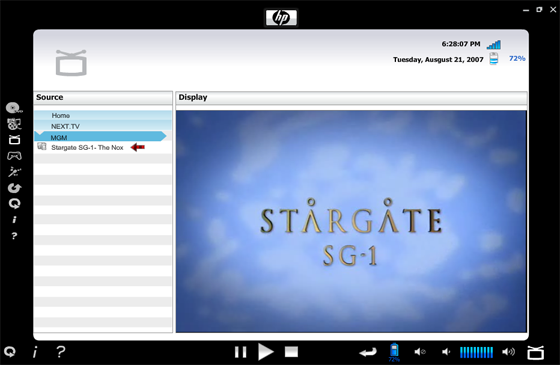