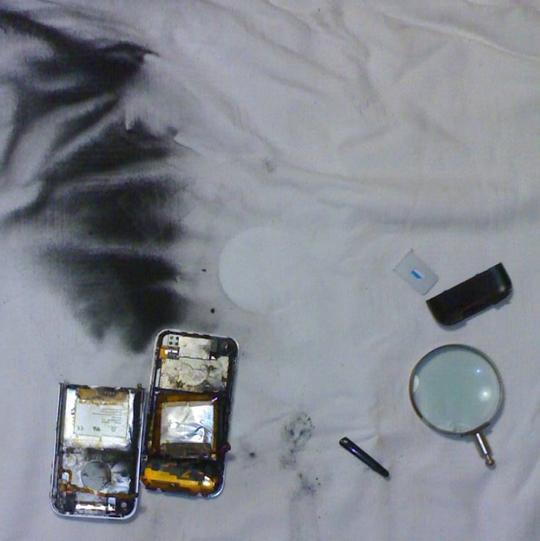 If you think you’re smarter than the kid from Jersey then by all means try and unlock your iPhone, but I’d suggest against it. Look at what happened to this one.

We were so happy, all the software part was done, so we started opening the iphone. The antenna cover was a bit tricky but eventually it came off. Then we started to open the metal cover (after taking out the 3 screws) and PUFF, up it went in smoke, I think my collegue must have touched something. It literally went up in black smoke. I was so hot that when I tried to pick it up I burnt my fingers. So, this is for shure the most difficult part of the whole process. I don’t know what he did, as I had just stepped out of the room to fetch something when I heard a scream…they got such a fright.