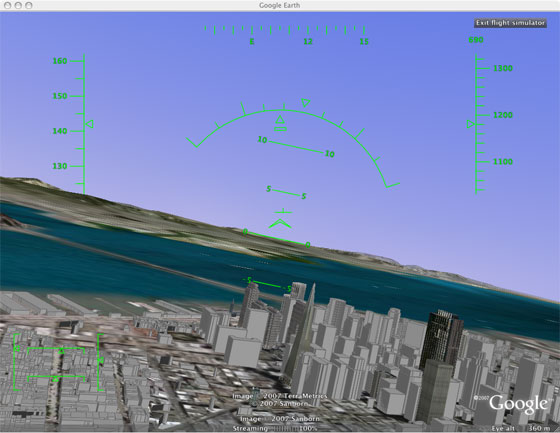 Google Earth just got a little more fun with the help of a hidden flight simulator. To get to the sim on a Windows PC just hit Ctrl+Alt+A, with Command+Option+A over on the Mac side of things. We haven’t played around with it yet but it looks pretty basic, you have a selection of two planes, some control options, and some airports to take off from.

Apparently this is just as good as Microsoft’s Flight Simulator, and has better imagery of the ground as expected. But would this really be much different from just zooming around?