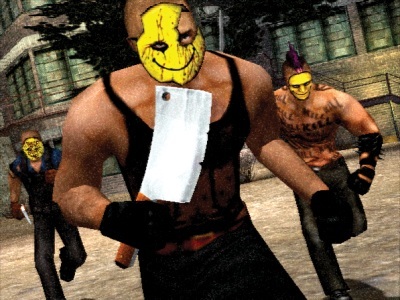 Take Two Interactive is probably throwing an office party this week with the recent success of BioShock, but now the company has another reason to celebrate. Manhunt 2 has lost its “Adults Only” rating and has since garnered a “Mature” rating after some of the game’s contest was trimmed down to become less-violent. The hack-n-slash game is due out on Halloween this October. Spooky!