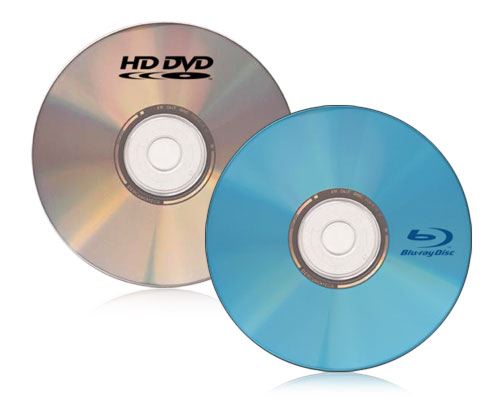 The great—I suppose—war rages on between Blu-ray and HD DVD. So today I was browsing Facebook when I noticed one of those polls that show up in your news feed—HD-DVD or Blu-ray?

You knew the poll would be screwy when went out of its way to misspell HD DVD. There’s no hyphen there, pollmeisters.

I grabbed a screenshot of the poll before exiting my browser window. Here it is. 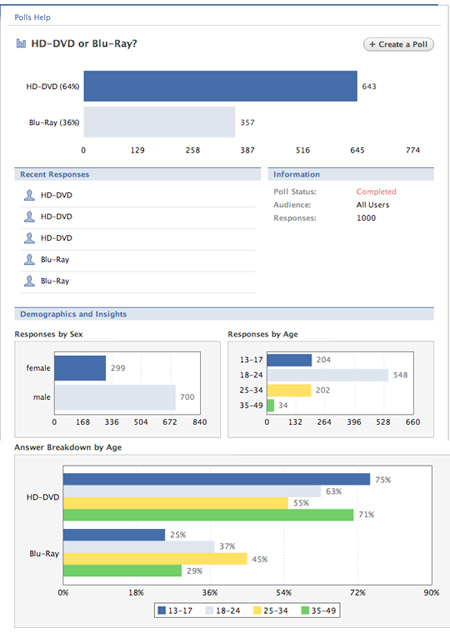 Now, honestly, is this worth anything other than a quick drive-by-analysis? Not really, probably, but it is interesting to see that, contrary to conventional wisdom, Blu-ray isn’t going to “win” based on its snazzy name alone.

The breakdown in demographics is more fun to look at. Big surprise, more men than women answered the poll; young people aged 18-24, still filled with hopes and dreams, answered the poll more than other age groups.

I understand that relying on Facebook on anything other than posting stupid pictures of yourself is somewhat sketchy, but raw stats are better than no stats. Plus, any and all fuel devoted to the War is fine by me.