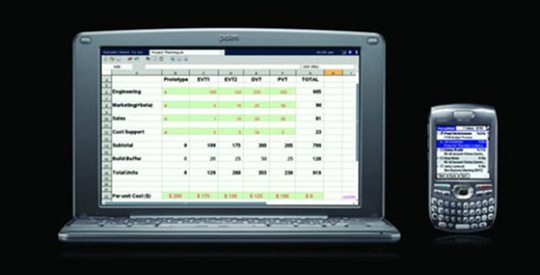 Somewhat calming news after my tantrum the other day; Palm says that the Foleo will still launch “this summer” and that it hasn’t missed the original shipping date yet. So if Palm is to be taken at its word, rumors of the Foleo shipping on August 22nd were false, as were rumors of it being delayed.

I’m going to assume that Palm’s not going to count Labor Day as the last day of the summer, opting instead for the last day before the Autumnal equinox. So September 21st is the last possible day for the Foleo to launch. An actual date would be nice, but I’m just a consumer.

It surprises me how many sites talk so poorly about the Foleo. Yes, it’s a niche product. It’s not for everyone. Mark my words, though; an enormous market for this device is going to be made up of technophobes who just want a computer for surfing the internet and sending e-mail, mostly older people. This is the perfect device for them. There’s nothing else like it. A cheap Windows PC won’t cut it — it’s still too complicated. Even a Mac is a daunting proposition. The Foleo is going to work perfectly for these people.

They’re never going to use any of the advanced syncing or bluetooth features. They’re just going to turn it on and use it on the wireless networks that their kids set up for them. It represents the next generation of the “internet appliance” (whether Palm planned it this way or not) that never quite caught on so many years ago. This time, though, I think it’ll stick.