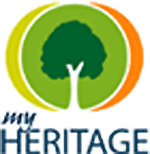 Genealogy site MyHeritage is merging with Pearl Street Software. Through the team-up MyHeritage will pick up Pearl Street’s VP of Technology and gain control of the #2 family tree software in worldwide sales (Family Tree Legends), the #2 family tree submission site (GenCircles) with more than 160 million ancestors, and more than 400 million public records in the Family Tree Legends Records Collection.

The addition of the team and products put the company in a better position to deal with upstart Geni, which announced over 5 million profiles in 5 months in July. They’ve also been getting a great deal of the press. However, Geni still has a long way to go when taking on the established ancestry industry. MyHeritage has a large lead on the site with over 10 million registered users of their site. Ancestry.com, the leading genealogy site, has added 5.6 million people to their family trees this week.

As a sign of the competition, MyHeritage will now be making all the Pearl Street Software free.

Update: This acquisition actually took place in December 2006 but was not announced until now. Integrtation been ongoing since that time.