Google has launched Sky for Google Earth, new functionality that adds imagery of the stars to Google Earth’s already extensive imagery of our planet.

According to Google, the new functionality allows users to “explore the universe from the comfort of your chair.” Users can zoom in on galaxies hundreds of millions of light years away, explore the constellations and even witness a supernova explosion.

The space imagery includes over one million photographs from various sources, including the Sloan Digital Sky Survey, the Palomar Observatory at the California Institute of Technology and the Hubble Telescope.

It’s often said that Google Earth and Google Maps took Cartography to the masses, Sky could well do the same for Astronomy. 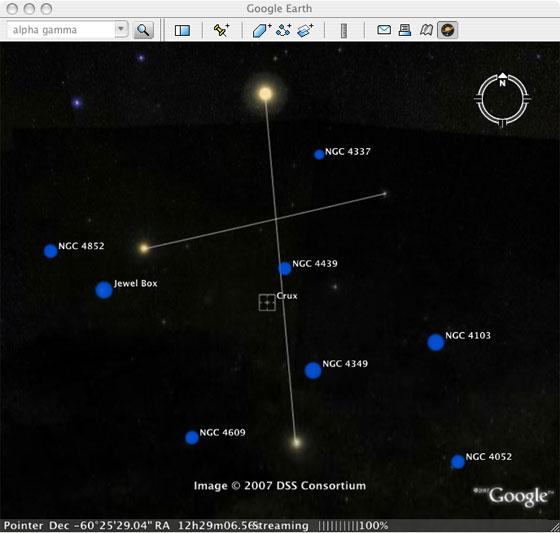 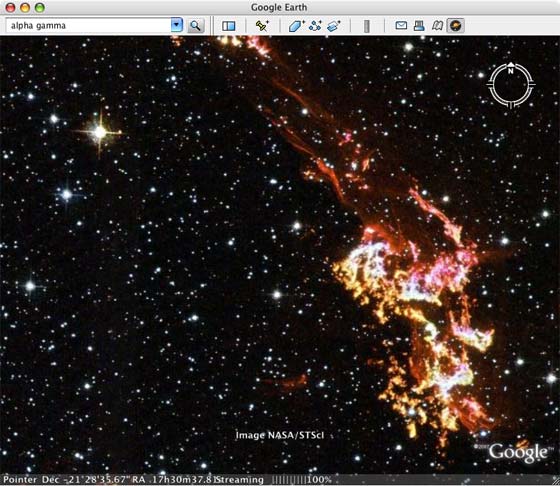