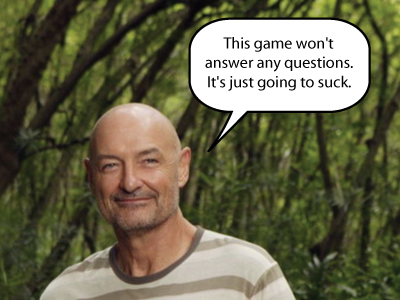 Two weeks ago we posted about games we’d like to see based on properties from the BBC, notably Doctor Who. But then we spent some time to think about it, and most games based on TV shows are actually less enjoyable than being stuck with basic cable during a long rainy weekend. TV is in a new golden age with some great shows on premium cable channels including HBO and Showtime, as well as basic cable networks such as Comedy Central, TNT and F/X. Even network TV has delivered some great shows to fill up our DVRs and keep us from serious adult relationships. So why can’t the game developers get it right? Why are most games based on TV shows so bloody awful?

First, there are some decent games based on TV shows. Unfortunately, unless you’re a tween, most of the games probably aren’t going to be your thing. Of course if Hannah Montana, The Suite Life of Zak & Cody and That’s So Raven are what you’re playing — and you’re not 12 — well let’s just say there is list for those kind of people in most communities.

But more importantly, this brings us to the bigger issue. Why are games like those, as well as Kim Possible, Scooby Doo and Sponge Bob actually quite good? On the one hand it could be that kids play the games, and the under 12 market, for which these games are aimed, is just a less judging audience. But having seen many of these games as a reviewer, there seems to be something more to it. The Disney Channel games are very true to the shows, which are basically just sitcoms for a younger audience. The game developers aren’t trying to create an Emmy-worthy episode with plot twists and over-the-top sequences. Instead, they’re making a game that is evocative of the show, without trying to do anything particularly special.

This has been the problem with nearly every TV-based game tie-in to date. Let’s recap: 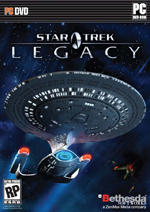 Star Trek — This has been the worst franchise in the history of video games. Even Stars Wars has failed to produce as many losers as this series. Now I’m not saying Trek is bad, but rather anything to do with Star Trek in a video game. For some reason there have been practically no good Star Trek games. In fairness part of the problem goes back to the fact that Paramount was really greedy back in the mid-1990s and sold the Star Trek license to a slew of companies. One publisher, such as Microprose would get The Next Generation, while Activision would get the original series and so on. This made for competing games from the same brand! But then some companies didn’t know what to do with the franchise. At one point Interplay even released a ground-based real-time strategy game called Star Trek: New Worlds. When was the last time you saw any ground combat on Star Trek?

But even when Activision managed to get all the different shows, the results would have only been worse if William Shatner decided to program them himself, did all the voices and sang for good measure! Now Bethesda has the license… but let’s hope Star Trek never boldly go to the gaming arena again!

The Simpsons — Great show. Let’s leave it at that. Simpsons Road Rage, the Crazy Taxi clone from a few years was good, and even the follow-up Simpsons Hit & Run, which was just a GTA clone, wasn’t exactly “the worst episode ever!” But these games still lack the spark of the hit show. How many lines did each actor record, around five? Because after about five minutes you can tell they phoned it in worse than anything Krusty the Klown might try to pull. This fall another game is on the way, which is based on this summer’s Simpsons Movie. Another part of me is dying inside.

OK, maybe the American Idol game isn’t the worst thing in the world. While I won’t be singing in front of my friends anytime soon, I can see this as a good party game for those who are 12, or drunk. Hopefully not both.

CSI, Homicide — The absolute best thing we can say about this lot of TV mystery games is that they’re not FMV-based games. No instead, we at least get that ‘uncanny valley’ looking digital versions of the actors on TV. In these crime dramas you’re the new recruit who gets to join the TV stars and help solve a case. Honestly, these aren’t the worse games in the world, but they’re far from classics. The problem is that they’re so linear you either race through the crime or get horribly stuck for hours. You get ‘help’ by the uncanny actors, who have fewer canned lines than those even in the Simpsons games. Maybe if these games used some sort of 3D environment instead of just having you gather items from matte paintings we could care a little more about the cases.

Desperate Housewives — You’d have to more desperate than anyone on Wisteria Lane to even consider playing this one! The game actually managed to fit in an original story that didn’t interfere, or worse contradict the existing series plotlines. But there wasn’t much in the way of actual gameplay. It was basically a lot of bad dialog with bad acting that sort of had you clicking your way through the game to watch what amounted to an unaired, and dare we say uninspired, season. Someone was merely desperate to milk a few more dollars. 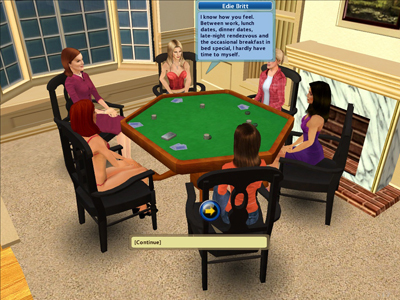 The Sopranos: The Road To Respect — The show is about Tony’s struggles with his “families.” The game instead focuses on you as the new guy, who has to work his way up the mob food chain, while making sure you don’t become part of the fishes’ food chain instead. This means working with various family businesses, including sanitation, neighborhood security and transportation (as in hi-jacking). But the problem is that this is just a fighting and shooting game. You beat people up, you go on some jobs – but what is missing is everything else that makes you a wiseguy. Of course no one would want to play a game where you hang around The Bing watching topless dancers… then again, they might. The point is that The Sopranos wasn’t a show about gunplay. It was about Tony. The PS2 version of this game came out last year. THQ has wisely wacked plans for the Xbox 360 version. The show is over, so as for the game let’s just forgetaboutit.

And here is a look at why we’re very concerned about the idea of the upcoming game based on our favorite TV show: 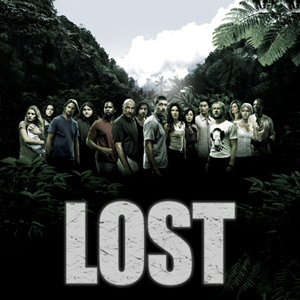 LOST — This is one of those games that will just be terrible. There is no way this game can be good. There are 48 episodes left, which will spread out over three seasons. So you think J.J. is going to let the game offer any secrets? Are we going to uncover any new mysteries? Is Hurley going to share his stash of chocolate bars? The answer to all of these is no. Because this show is about keeping the answers from the viewer, so a result this game merely promises to be a frustrating experience that offers a few tidbits of information, while offering some B-line story. So don’t plan on getting to have deep moments with Kate or Jack. We’ll be lucky to join Nicky and Paolo! 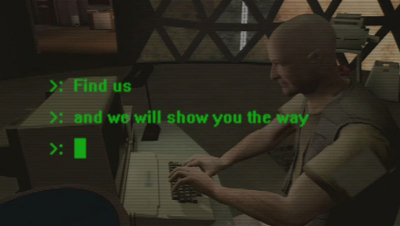 How to do it right: Before there was LOST there was MYST. Lose most of the cast. Instead you should play as a lone survivor and wake up on another part of the island after the crash. You’ll take part in a parallel story, and while it might sound more like CAST AWAY than LOST, this could give the writers a chance to introduce a bit more mythos about the island. The downside is that it is still going to be just that… a parallel adventure that offers few answers.