Update: We have now confirmed that this deal has not happened and is in the discussion stage only. Inside Facebook pulled the trigger on their post a little too soon. 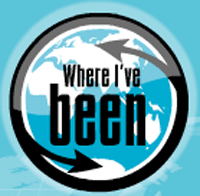 TripAdvisor has acquired Facebook Application “Where I’ve Been” for a reported $3 million.

Where I’ve Been allows users to share where they have been in the world from their Facebook profiles and has approximately 2.3 million users.

Inside Facebook notes that the $3 million purchase price values Where I’ve Been users at around $1.30 each.

The purchase is the first major seven figure acquisition for a dedicated Facebook only application. Where I’ve Been was recently included on the TechCrunch interns list of favorite Facebook apps.