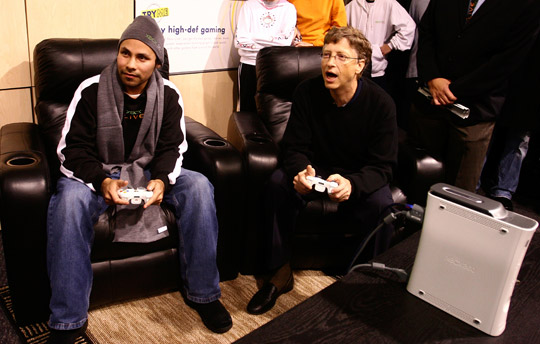 For once, a rumor turned out to be true. The Circuit City ads that Peter mentioned were spot-on, accurately predicting the official price cut.

As for why Redmond decided to slash the price of the system, it’s as you’d expect: Holidays approaching, want to reach new (read: less affluent) audiences, etc. Never mind that it puts Sony in the awkward position of having the most expensive console out there.

I remember the days when my father, feeling guilty about being at work all day, would buy me all of the currently available systems. Better times.