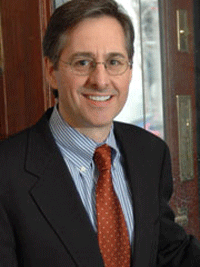 The New York Times have spoiled the fun: Fake Steve Jobs has been outed as Daniel Lyons, a senior editor at Forbes.

Since August 2006 Fake Steve Jobs has become a must read in the Valley and beyond. Lyon’s acerbic wit coupled with continuing Apple related headlines created a blog that not only Steve Jobs and Bill Gates both admit to reading, but one where Bill Gates himself denied being the author of at the All Things Digital conference.

Half of the fun related to the blog has been not knowing who the author was. The Fake Steve guessing game became nearly a sport on certain blogs, and a number of people have been outed previously as being Fake Steve.

Lyons said in a statement on the Fake Steve Jobs blog:

Now you’ve ruined the mystery of Fake Steve, robbing thousands of people around the world of their sense of childlike wonder. Hope you feel good about yourself, you mangina. One bright side is that at least I was busted by the Times and not Valleywag.

He goes on to state that the site will be back after a break with a new sponsor.

One has to wonder though whether Lyons can continue to draw the same attention and traffic for the site now that his real identity has been exposed.