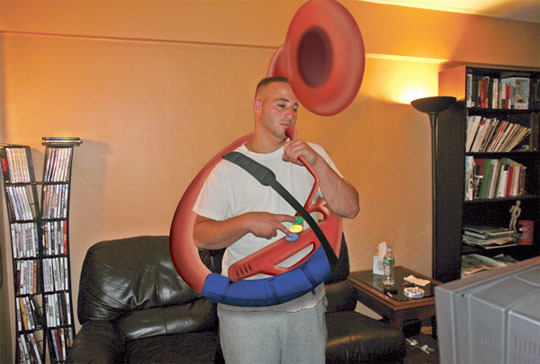 Already suffering after spending years making crappy games, Activision takes yet another hit on its ego with the release of Sousaphone Hero. The Onion reports that “despite a catchy 1890s soundtrack”, the game only sold a paltry 52 copies. The game was released after the success of Guitar Hero and its sequel, Guitar Hero 2.

Why would no one buy this game? You can choose cool Sousaphonists such as the Duke of Yorkshire and Constable Trobendeimer and rock out on the plastic Sousaphone controller included with the game. Perhaps the $345 retail price played a role in the game tanking. The world will never know.