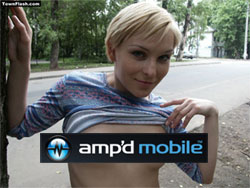 You just know that this is going to end in a Hollywood movie.

As Matt put it so well “We’re still wondering how venture investors such as Redpoint (which lost $25 million in this) and Highland (which lost $50 million) could have let this happen.”

Full coverage of the Amp’d meltdown on TechCrunch here.

UPDATE: A correction printed at Venture Beat notes that these might not have been DVD’s, but some sort of X rated content Amp’d produced, they look like DVD’s and certainly we are unwilling to repeat the names of them here to prove the point. Aside from the still very valid questions about how Amp’d blew $360million in funding and ran up $100million in debt, there are now some interesting questions as to why a company primarily marketing to teens was producing X-Rated content.