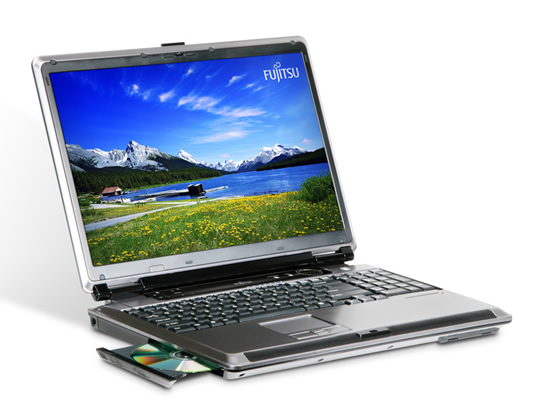 The Fujitsu LifeBook N6460 has shown its gigantic 10-pound, 17-inch face stateside. You’ve got your choice of two models, one with a DVD burner for $1,799 after $50 rebate and one with a Blu-ray drive for $2,599. The Blu-ray version also has a 400GB hard drive, which is double the capacity of its less expensive cohort.

Both models include an Intel Core 2 Duo processor running at 2GHz, an ATI Mobility Radeon HD 2600 graphics card with 256MB dedicated and up to 256MB shared memory, 2GB of RAM, and a six-cell battery good for an underwhelming 1 hour of juice. Given its size, though, you probably won’t be lugging this beast too far from your kitchen table.