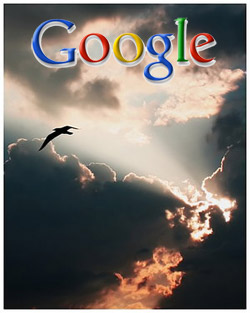 Google doesn’t want to do any evil. Google, does, however, want to buy up a large swath of the public airwaves in order to A) become richer and B) prevent the likes of AT&T and Verizon from gouging us, the consumer, any further. The Federal Communications Commission will vote tomorrow, Tuesday, on how to handle the upcoming auction of unlicensed, unused spectrum. Google wants the spectrum in order to make a competing cellphone network that, the company says, won’t have nearly as many restrictions on it as current cellular networks do.

AT&T and Verizon want to perpetuate their iron grip on the U.S. cellphone market. Big surprise.

The actual auction won’t happen until next year, but all parties have been hard at work buttering up the pertinent politicians. AT&T and Verizon have lobbied to the tune of $21 million and $14.4 million, respectively, to get their way; Google had a lobbying budget of around $770,000. But Google also promised free ice cream to FCC members if it wins, so…

It comes down to who do you trust more: do you trust Google to continue to not be evil, or do you trust the traditional telecos to do right by you? I tend to view Google as the corporation of my generation—Google is “now” in “SportsCenter” talk. I’d much rather see Google win the auction than the dinosaurs.