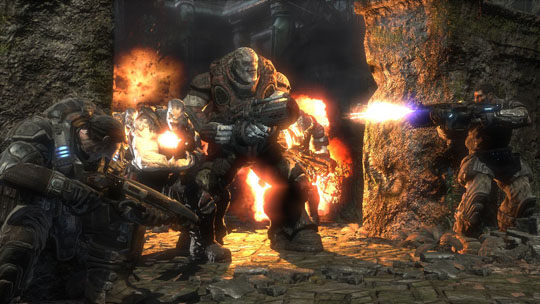 Many of you probably played with GI Joes and Transformers and whatever popular action figures were out at the time, so you’ll understand my dismay at the lack of quality action figures out in the market at the moment. They’re cheapo, lack the pizzazz of yesteryear or they’re just flat out too complicated to play with. The new Transformers are notorious for that. But a new wave is coming, folks, so strap in.

Boys and their toys, right? Not to be outdone by Halo’s upcoming line of action figures, Epic has announced Gears Of War action figures, busts, statues, dioramas and prop replicas from the game and any sequels that might follow. The full line will be unveiled some time next year. I can’t wait!