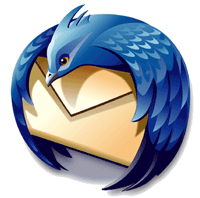 Mozilla CEO Mitchell Baker has called for community feedback on the future of the open source email client Thunderbird, with consideration to spinning Thunderbird off into a separate entity.

Mitchell wrote that Thunderbird is being dwarfed by “the enormous energy and community focused on the web, Firefox and the ecosystem around it” and that as a result, Thunderbird was not getting the attention it deserved.

Options floated by Mitchell include:

Thunderbird has many fans. and yet what is a solid and mostly reliable program hasn’t grown at anywhere near to the rate Firefox has. Hopefully the change will see a renewed focus on brining new functionality to Thunderbird, changes that could well position Thunderbird as a fully featured future Outlook alternative.