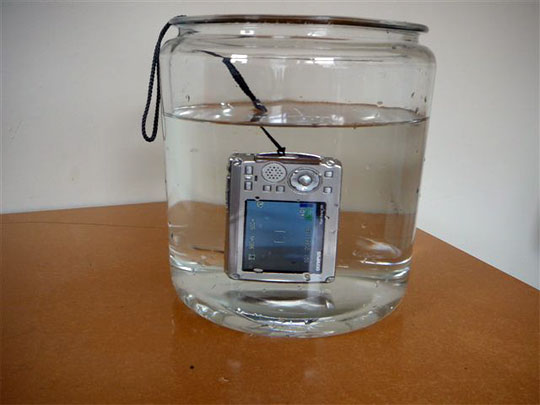 I’m willing to bet that everyone reading CrunchGear has a digital camera. Delicate little things that they are, they don’t take kindly to abuse. In fact, I’d even bet a bunch of youz (err you) guys have abused some of these poor little fellers. The Olympus Stylus 770SW is made with the active person in mind and will serve you heavy-handed Cruncher’s quite well. 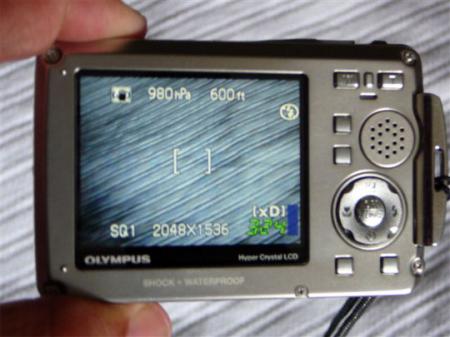 Inside this little digital camera is one tough son-of-a gun. How tough? It’s tough enough to be dunked underwater and insulated to the point that you can leave it outside in the snow. It’s purported to work in temperatures around 14 degrees. You can even drop it five feet to the pavement and it will still work. The camera’s metal housing is so strong that it can take up to 220 pounds of pressure and not cave in, even when a big feller who has it in his back pocket sits on it. 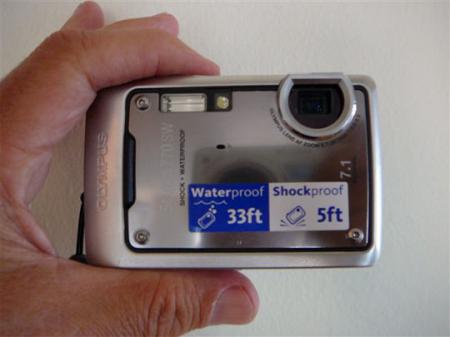 A step-up from its predecessor, (the 720SW) the 770SW has increased the 2.5 inch LCD pixel count from 115,000 to 230,000 making the display more viewable in bright light. The picture quality has also improved, but still it isn’t as sharp (not bad either) as other digital cameras in its price range. Regarding noise, the 770 deals with it well up to ISO 400. Once you get to 400 ISO you notice a very slight decrease in sharpness. When you get to ISO 800 the loss of sharpness increases and the shadow detail also suffers. It 800 ISO I also noticed some slight color changes. 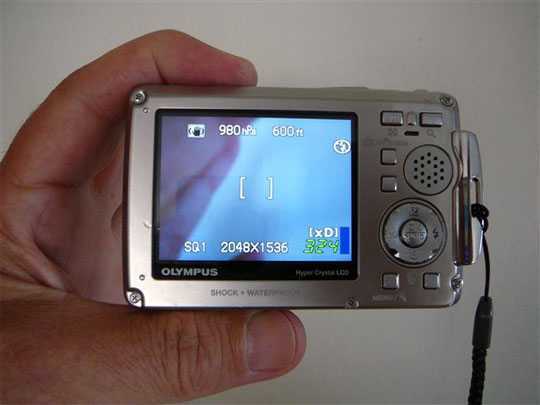 I find colors to be correct, but slightly understated. There are no manual exposure controls but you can adjust the white balance and sensitivity. It features 27 shooting modes, including four underwater modes. One thing I don’t like is that, whatever your mode settings are, the camera, on start-up, doesn’t revert to the last settings used. So, every time the camera starts up you have to navigate to the settings you previously had. That is a pain-in-the-butt because you have to press the button twice before you get to pick the scene mode. Another bad navigation choice is that the movie mode is inside the scene mode and is the last selection. 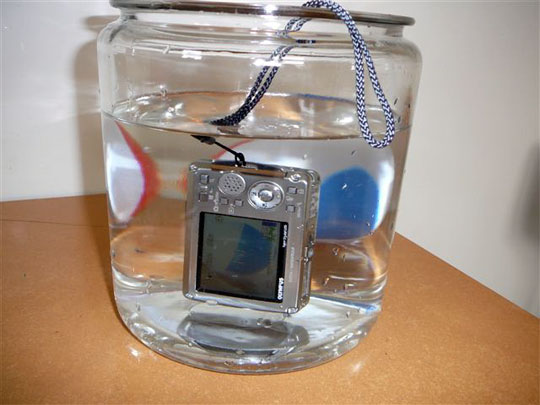 Quick start
It starts up quickly, about a second and the time between the shots is just over two seconds. With the flash, figure three seconds and the shutter lag is under one second. Very important and necessary is the image-stabilization feature.

Jumping in
First thing I did was throw it into a swimming pool. I waited a half a minute, took a swig of beer and dove in after it. When I came up, I took a picture of my girlfriend, not bad (my girlfriend), and the camera still worked. The camera is waterproof to a depth of 33 feet.

The Olympus 770SW is good looking and tough, just like me, but also like me it has a few issues. I don’t love the fact that it doesn’t revert to last settings used on start-up. Having to go though the menu to get to the appropriate mode is annoying. I will say that the menu is intuitive and easy to use. The buttons are small, but then so is the camera. I can see the buttons being a problem with underwater use or in the winter when you’re wearing gloves.

Having got these complaints off my chest, I have to say this is one rugged, good looking camera. It’s tough and versatile enough to be considered a great action camera that you can take anywhere. I’m willing to make allowances for the fact that you can’t be all things to all people and that the main thrust of the 770SW is it’s being rugged. The Olympus 770SW will take a licking and keep on shooting.