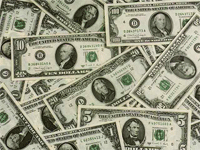 Data due to be released by Ernst & Young and Dow Jones VentureOne today shows that investment in information services companies, including Web 2.0 startups, hit $979 million in the second quarter of 2007.

The figure is 52% up on the same period last year and the highest figure recorded since the 2001.

In laymen’s terms, we are now officially in a boom; not that we’d probably need figures to prove this.

For those who may prophesize that the figures foretell an impeding crash, data released earlier in July showed that IPO’s for the entire Information Technology sector (which includes hardware, semiconductors and communications companies as well) totaled 10 for the quarter, and 17 year to date vs a peak of 41 IPO’s in the first quarter of 2000 and 106 in that year. $11 billion+ was raised by IT related IPO’s in 2000 vs $2.4 billion year to date. The hype of the dot.com bubble is not being repeated on equity markets.

(in part via MSNBC)