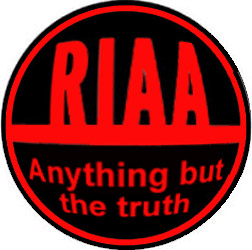 The RIAA continues fighting the good fight, saving its clients from starvation and abject poverty. It just sent letters to 23 colleges around the country demanding that the war criminals who have downloaded music pay $3,000. In addition to getting a rather large sum of money for the average college student, the scheme works out such that, should you cooperate, the RIAA would then have all your personal information. Once they have that, there’s nothing stopping it from suing the living daylights out of you.

The list of targeted colleges doesn’t include Harvard, probably because the school told the RIAA to “mind its beeswax,” using such harsh language publicly for the first time. Sorry, RPI, I guess the RIAA isn’t afraid of screwing with you.