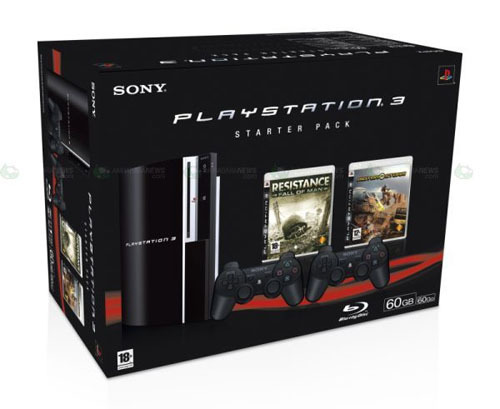 Well, maybe. It’s a rumor and anyone can make those up. But according to Akihabara News and its silly “trusted sources”, a 120GB version of the Playstation 3 will be making its way to Europe in the form of a starter pack. The package would probably include a few games, 120GB system, and two controllers I’m guessing. Judging by this image of a PS3 starter pack box, I’d say I’m pretty close.

Too bad it’s rumored to cost $825 and no one wants to buy a PS3. I’m pretty sure Sony is marketing the PS3 like clamidia in a box. No one wants it but every day someone is bound to pick it up. Ouch.