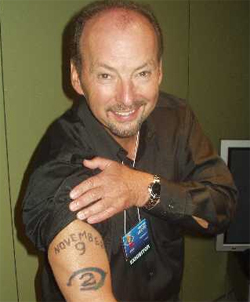 The video game industry executive shake-up continues. Less than a week after E3 Peter Moore has resigned from Microsoft to return to Northern California. The former Sega head honcho has cited personal reasons and has “secured another opportunity in the video games industry.” Could this be a return to Sega, or possibly a move to Nintendo? Both scenarios seem unlikely, but Nintendo reportedly has a few openings of late! Moore will be replaced by Don Mattrick, a former president of Electronic Arts, who will now lead the Interactive Entertainment Business (IEB) at Microsoft and will oversee the Xbox and Games for Windows businesses.

About the only really important questions remaining are whether Mr. Moore will have those tattoos removed. You know the ones he had inked on for the Microsoft press conferences prior to past E3 shows to hype the release dates of upcoming games such as Halo 2.