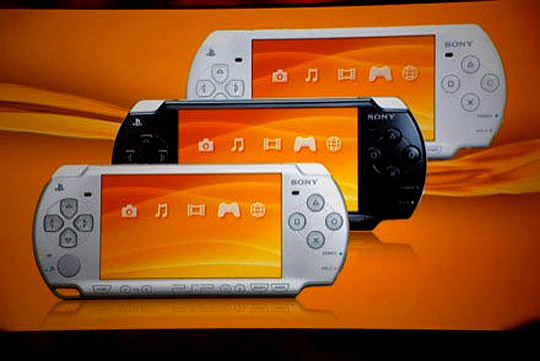 The new thinner, lighter PSP from Sony will contain a few subtle changes, according to some guy who’s name starts with a zero.

There’s a TA-085 PCB motherboard which can be used for homebrew apps, double the memory, USB charging, video output, a smaller battery (same battery life, though), and the WLAN switch is now on the top of the unit.

You’ll also find that your old PSP remote won’t work with the new PSP and you’ll have to save some of your allowance to buy your own AV cable.

The new PSP should be available sometime in September in three different colors — Piano Black, Ceramic White, and Ice Silver — for $199.