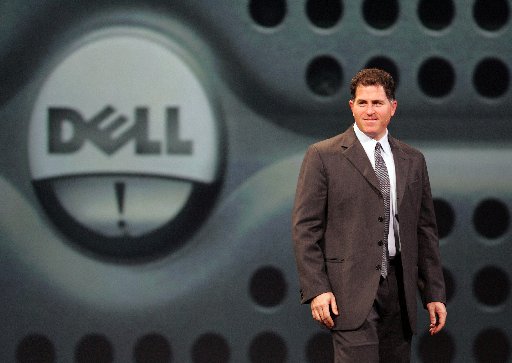 Once upon a time, Dell was played second fiddle to Apple in terms of hippness. However, with the recent launch of their multicolored Inspiron notebooks, along with a partnership with Google and actually compelling ads, Dell might be making a come back.

Sure, Dell doesn’t have the iPod/iPhone duo to create a strong push into the markets, they do resell the Microsoft Zune though. I’m personally a Microsoft Zune owner — a white one that I refer toto as my Ice Cube — and I love the product. It’s much more compelling than the standard iPod. However, it doesn’t touch the iPhone. Why am I even bringing this up? Because these two products are what Apple has become famous. Without the iPod and without the iPhone Apple wouldn’t exist like it does today. In 1997 Apple was a struggling company with their own share of problems, but now they’ve made an excellent name for themselves among the younger generations. But enough about Apple…

Why would Dell create colorful laptops? They’ve observed what works. The iPod shuffle and nano comes in many colors, these appeal to the teenage girls and some teenage guys. They’re the generation with the hands deep in the pockets of their parents, and they have the purchasing power in modern America. If Dell sells a laptop that matches their iPod, they would be more likely to buy a white/blue/green/pink laptop than a silver, white or black one. (Also, the white Zune matches the white laptop.)

And when it comes with partnering with the coolest kid on the block, who wins the prize? Well, Apple is with AT&T and Yahoo! and Dell is with… Google . What’s this? It’s not Google and Apple, but Google and Dell? Yes. Dell has partnered with Google to help them sell their hardware for server specific searches. As the commercial shows, this comes in use for hospitals to quickly locate patients x-rays, charts, or access archives. This could also be very useful for larger libraries and schools where they could create and manage their own Internet without the chance of a student coming across the occasional porn site while doing biology research.

The ads are also interesting. The ad displaying the colorful laptops compels me because of the tune in the background (The W.A.N.D. by The Flaming Lips, if you’re wondering) along with the use of blending colors on the screen. Then again I’m usually entranced by simple gimmicks like touch screens.

The Google ad is laid out and shows two businessmen working together to create this project and make it successful, and it also shows an example of the technology in use. To me this says that they’re committed to making the partnership and the product work.

What’s your opinion on the matter? Is Dell so hip they can’t see over their pelvis? Or are they still stuck a few years behind their competitors?