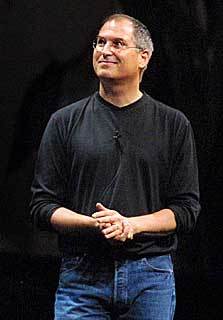 Or at least according to The Inquirer’s list of things that link Steve Jobs and Bob Dylan together he is. The list mentions some great comparisons, such as bootlegs. After all, there are a ton of Dylan bootlegs and Mac OS X can be found on pretty much any torrent site mdash; makes sense. Dylan was also featured in an iTunes ad and had an internal Apple programming language named after him. Are you seeing the connection yet?

The number one thing that connects these two legends? In a 2007 interview, Jobs said “I tend to think of things as Beatles or Bob Dylan songs.” ‘Nuff said. Peep the full list by hitting the link below.