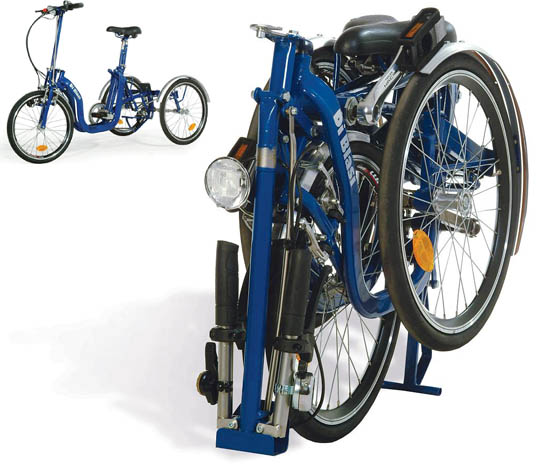 Having spent much of the past 10 years living in tiny apartments, I’ve often considered getting a folding bike, but most of them require way too much origami-like folding, don’t fold enough, or are impractically sized for regular use, especially for a large, human adult. The Di Blasi Folding Tricycle—the R32—however, is none of these things. Billed as the world’s only true folding trike, the entirety of the bike collapses into itself in basically two steps creating a compact 28x11x25-inch mass. (There’s a demo video of the bike being folded up after the jump.)

All this folding loveliness doesn’t come cheaply, though. The R32 sells for $1,495, and there’s an electric version—the R34—that goes for $2,695. Both are available in red, dark gray, blue, ivory, and orange and the company also makes folding motorbikes and two-wheelers. Check ’em out.