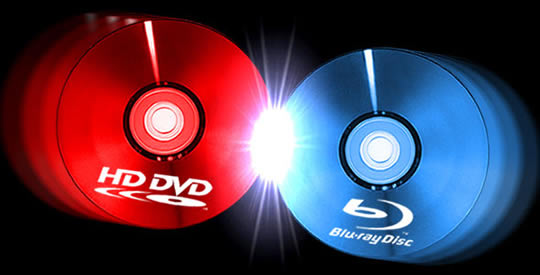 The Toshiba-led HD DVD group has just released European sales figures concerning the ongoing battle with the Sony-led Blu-ray camp. HD DVD lobbyists are claiming that their players are outselling Blu-ray players in Europe, three-to-one. These figures are for set-top players only, so Sony’s Playstation 3 sales are not included in these figures.

Statistical skewing aside, if HD DVD is indeed outselling Blu-ray it might have something to do with recent HD DVD player price cuts from Toshiba. Its HD-E1 player recently dropped from $399 to $299, while Sony’s BDP-S1E Blu-ray player remains at $499.

For less discerning consumers, HD DVD would be a more logical choice given the $200 price difference. The prices still need to keep falling, however, for either of the technologies to expect widespread adoption. Toshiba/HD DVD spokesman Oliver Van Wynendaele says that “surveys had shown 70 percent of consumers would be prepared to buy a high-definition player once prices fall below $200.”

I don’t know. I still think I’ll wait until I’m able to walk into Circuit City and pick up a player for under $100. If Toshiba or Sony could do something to make the crud coming out of Hollywod worth watching, I’d consider paying $500 right now.