The site combines consumer written product reviews, lists and user profiles with a revenue sharing model that rewards users for contributing reviews to the site.

The German version launched 2 months ago and already rates in the top 3000 sites visited by Germans, according to Alexa.

Revenue is made in two ways. Users get a 20% share of revenue from product links and ads featured next to their reviews. Users who place “Adgets”, Shoppero’s shopping widgets on their sites get a 60% profit share from the Widgets.

The site is an interesting crossover product. The review side of the business will see Shoppero compete with established players such as CNET Reviews and Epinons to name but a few players in the space, yet on the other hand it will also compete with the growing number of widget providers as well (see our previous coverage here).

Consumer reviews do have a tangible value for all players in this space, and it’s not unreasonable to expect that some will be willing to pay for that data. The days of getting a free lunch from user-generated contributions may be coming to a close; I’d expect that Shoppero be one of many sites to come who will pay for or financially reward users for writing product reviews. 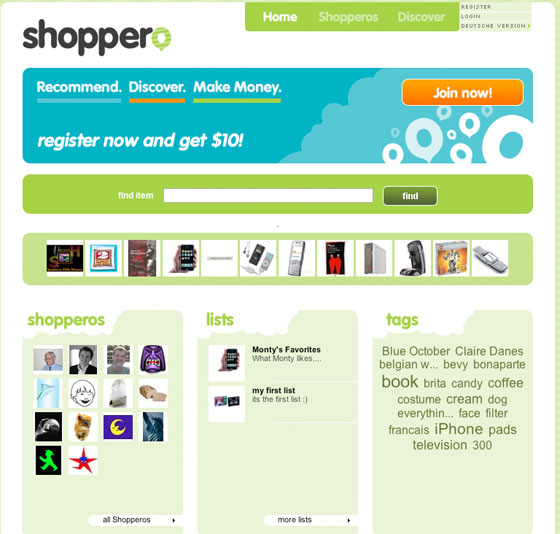